What is a hydroponic farm with its systems and benefits? A hydroponic farm is a system of farming without the use of soil. The plants are grown in a water-rich nutrient solution that contains all the necessary nutrient content for growth. Hydroponic systems are often used to grow plants that require more light than other crops, such as lettuce and herbs.

Growing plants hydroponically can potentially produce more food per square foot than any other farming technique. It is important to understand the basics of this technique and its limitations before selecting this method for growing.

There are many benefits to using hydroponic farming systems, including increased output, decreased cost, and faster growing times.

What is hydroponic farming

Hydroponic farming is a type of farming that does not use soil. The roots of plants are fed with mineral nutrients without the use of soil.

Hydroponic farms rely on a water basin, which provides both a fertile growing area and a water source for the plants. The plants absorb minerals dissolved in the water, which dissolve into an ionized form that can be absorbed into plant roots.

Since the early 20th century, modern agriculture has shifted from a traditional soil farming method to hydroponic farming.

Traditional agriculture growing crops on-farm soil and water. Hydroponic farmers grow crops in a nutrient-rich liquid without soil. This new technique is more sustainable and efficient than traditional farming methods because it reduces pesticides, eliminates crop failure since flooding during droughts can be controlled, and maintains plant growth cycles.

Learn to use normal fertilizer for hydroponics

Hydroponic farms are great for the environment because they use less water than traditional outdoor farms and can be placed in any location. However, some disadvantages still exist with hydroponic farming.

Hydroponics farm is a popular way to grow food in an environmentally friendly way. Hydroponics was usedNASA for their astronauts on the International Space Station. In addition, hydroponics is an option for people who have a limited amount of space on earth. For example, hydroponics can be used on vacant lots and rooftops to produce fresh produce while making space available for other things.

Some people view hydroponics as an alternative to traditional farming methods that can be more efficient since there is no soil used, eliminating the need for plowing, weeding, and fertilizing.

In a nutshell, hydroponic gardening is the practice of growing plants without soil. Instead of soil, the roots are grown in some type of substrate that is rich in nutrients. The substrate can be made from various materials, including sand, gravel, rockwool, perlite, and vermiculite.

There are many different types of hydroponics systems available today. The main difference between these systems is the way that they provide their plants with nutrients.

Here are some of the most popular hydroponics systems:

The Future of Hydroponics Farming

Hydroponics farming has been around for decades, but now it’s gaining traction as a means to grow to produce locally. The practice is seensome as an environmentally friendly way to provide the population with resources.

With the advancements in technology, it is now possible to have a vertical farm in urban spaces that is cleaner and more efficient than ever before. Vertical farms use around 95% less water as well as having many other benefits.

The hydroponic method effectively feeds the world due to its minimal water and soil usage. This technique is more cost-effective than traditional farming, relying on heavy machinery and pesticides to produce food.

Now you know what is a hydroponic farm with its systems and benefits, are you ready to becoming a hydroponics farmer? Do You Need An Air Pump For Hydroponics? 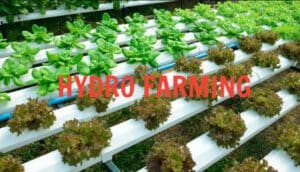 Hydro Farming: What You Really Need To Know 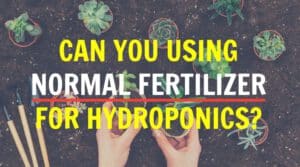 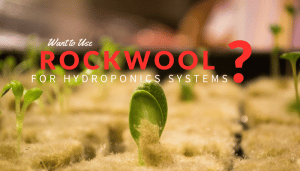 Want to Use Rockwool for Your Next Hydroponics Systems?